Secret Santa gift exchange has become everyone’s favorite party of the year. Millions of people engage in anonymous gift giving every year as a part of their office or family party. Tradition lives strong and is gaining popularity every year, but do you ever wonder when it all started? Why is it called Secret Santa? It’s interesting to examine some of the oldest roots of this Christmas tradition, how it came to be, what was it like back in the day and how over time the ritual of secret acts of kindness transformed into something families, friends, small and large businesses and even corporations embrace each and every holiday season.

Secret Santa as the name implies has close ties to Christmas celebration. Kindness, generosity and giving is something we are reminded of every Christmas season, so it’s no wonder that the anonymous gift giver is associated with Santa Claus, the bearer of gifts. Just like Christmas, Secret Santa is popular not only in North America, but across the globe as well.

Did you know that this popular gift exchange also has a very popular following across the globe? Secret Santa may have a different name in various countries, but the premise and the spirit of it is the same everywhere. In Scandinavia, for example, Secret Santa is called Julklapp. Dominican Republic calls it Angelito. In most of Spain and Latin American countries Secret Santa has a name of Amigo Secreto, or a Secret Friend, also referred as Amigo Invisible or Invisible Friend. In Ireland, they call it Kris Kindle or Christkindl. In Austria, folks call it Engerl-Bengerl, while in Germany it’s Witchteln, with a meaning of doing a good deed. In Philippines, Secret Santa is called Monito-monita. Poland likes to call it Mikołajki and even Israel has a similar tradition called a dwarf and a giant, or “גמד וענק” which takes place during Purim.

It’s worth noting that while Secret Santa tradition is almost the same everywhere, the main ingredient being giving presents in secrecy, there are some minor interesting differences. One such difference is for example in Scandinavian countries, Julklapp is done as folows:You knock on the door loudly, open it and throw in a gift into the house or room without anyone seeing you. This tradition dates back in decades if not centuries.

Some of the early mentions of Secret Santa or Kris Kringle date back to early 1800s. Back then the Dutch settlers had brought with them the Christmas related festive traditions and the origins of secret gift giving. Although the customs were different in the beginning of the nineteenth century, it is evident that the history of celebrating birth of Christ was changing and evolving into incorporating in itself various acts of anonymous gestures of kindness.

The tradition of Secret Santa developed and evolved even more in the beginning of twentieth century. With industrialization and development of the office environment, more and more groups and companies started partaking in the yearly act of anonymous kind gestures, which mostly included exchanging home baked goods such as cookies and various pastry. These gift exchanges were not limited to groups that engaged in them, lot of the early Secret Santa tradition was nothing but a generous anonymous gift towards someone who needed it without expecting a gift in return.

It was common in those days to give food, clothes or shelter to those who needed it most, as well as randomly placing baskets of food at the doorsteps of families experiencing hardship. There have been numerous wealthy businessmen who would engage in random acts of kindness one of which was a man named Larry Dean Stewart, also known as Kansas City’s Secret Santa, who not only engaged in incredible feats of generosity, but also inspired others, wealthy or not, to do the same.

Larry Dean Steward, a man with humble beginnings had been down on his luck when he had been fired twice in a row right before Christmas in 1978 and 1979. In 1971 he was given a free breakfast from Ted Horn, the owner at Dixie Diner in Houston, Mississippi which inspired Stewart’s personal tradition of impromptu acts of selfless giving. As he sat in the drive through, saddened by the news of being fired, he noticed that a carhop, a waitress that was bringing food to his car was not dressed warm enough for the weather. He took and gave her a 20 dollar bill and told her to keep it. Waitresses lips started trembling as she said: “Sir, you do not know what this means to me”. This was the beginning of many great Secret Santa deeds by Larry that were to follow.

As Larry made a fortune in cable television and long distance calling business, he amassed a fortune many would dream about. His success paired by desire to help people anonymously strengthened and increased number of his Secret Santa endeavors, inspired other wealthy and successful people and earned him a nickname of Kansas City’s Secret Santa.

We encourage you to participate in this year’s Secret Santa gift exchange and even organize one for your group of friends or family party. It’s a great way to embrace holiday spirit and have a great jolly old time! 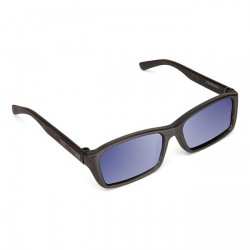 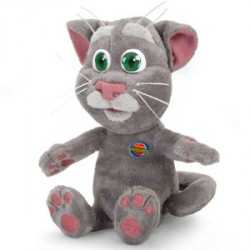 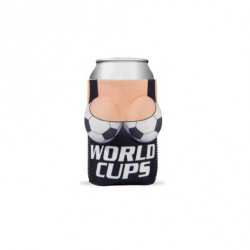 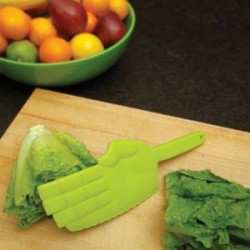 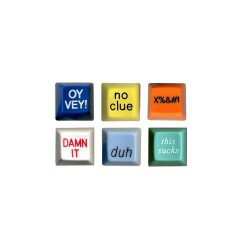